Make as many or as few memes as you want. There is no limit to the amount of entries you can submit. We only ask that you submit original memes made by you. 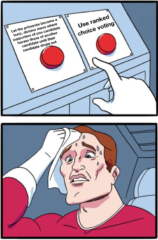 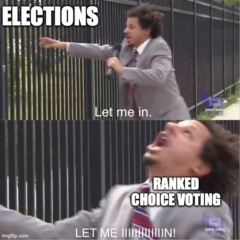 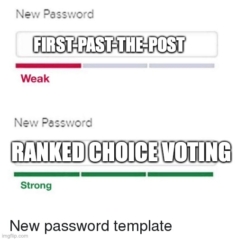 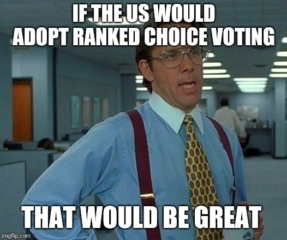 We’re giving away $100 for the top ten best memes. Still not enough? One creative memester will win an additional $100 in an instant-runoff voting meme election.

Submit your memes using the form below and then share them on social media using the hashtag #RankedChoiceVoting and #RCVMemeContest and, of course, tag us @equitabledemo on Facebook and Twitter.

Use this form to submit your memes for a chance to win $100!