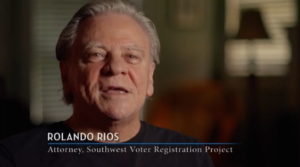 For Rolando Rios, a San Antonio attorney specializing in voting rights, the path to the widespread use of cumulative voting in Texas was a simple and fair one.

It begins with a simple and fair idea: a local school board should include representatives of the diverse communities whose children attend those public schools.

If the school board is elected, however, it’s up to the voters. If diverse groups of voters agree, their votes should serve to elect such diverse representatives – another simple and fair idea. 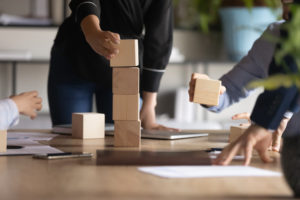 “At-large block voting” is just such an unfair, winner-take-all voting system, and was commonly used to elect local School Boards in Texas. Block voting allows each voter to cast as many votes as there are seats to be filled, no more than one per candidate. The system is suspect under the federal Voting Rights Act and applicable US Supreme Court cases, when it allows a white racial voting bloc to effectively shut out a cohesive racial minority.

There’s an important caveat: the minority group must be “geographically insular” – a fancy judicial spelling of “segregated.”

That was the situation in Rios’ own city of San Antonio in the early 1970s, around the same time that he was graduating law school. In 1973, the U.S. Supreme Court (White v. Register), affirmed a lower court’s finding that the voting power of Mexican-Americans, largely segregated on the west side of the city, was unconstitutionally diluted by being submerged into a sprawling county-wide multi-member state legislative district, in which they constituted just 29% of the population.

“The bulk of the Mexican-American community in Bexar County occupied the Barrio, an area consisting of about 28 contiguous census tracts in the city of San Antonio. Over 78% of Barrio residents were Mexican-Americans, making up 29% of the county’s total population. The Barrio is an area of poor housing; its residents have low income and a high rate of unemployment.”

The remedy was to break up the at-large block voting district into separate single-member districts, in which lines would be drawn so that Mexican-Americans constituted a majority in at least one of them. Seemingly simple and fair.

So thought Rolando, who began successfully litigating similar cases involving local governing bodies in Texas, with similar remedies. Rolando recalls that two events in 1980 began to make things tougher, and ultimately cause him to adjust his thinking. One was a surprising and regressive Supreme Court decision, Mobile v. Bolden, declaring that a minority vote dilution claim under the VRA must prove discriminatory intent, not merely effect. The other was the election of Ronald Reagan, which had a chilling effect in both the U.S. Department of Justice’s commitment to enforce the Voting Rights Act itself, and the make-up and resolve of the judicial 5th Circuit that included Texas.

Even as the U.S. Congress legislatively overrode Mobile in 1982 by reinstating an explicit “effects” standard, and then in 1986 the Supreme Court applying it to a North Carolina case (Thornburg v. Gingles), affirming a lower court’s ruling breaking up specific dilutory block voting multi-member districts into single-member districts that included some “majority-minority” by population, enforcement was not always simple or fair. Rolando felt it had become unnecessarily difficult to win cases converting block voting at-large districts to single-member districts. In a recent conversation, he described an astonishing judicial act that highlighted the problem for him. “In the early 1980s, we settled a Voting Rights case with the city of Austin. ‘Settled’ means the city agreed with us to create single-member districts. But the right-wing judge wouldn’t allow the settlement. We appealed, but the 5th Circuit actually upheld that judge’s ruling!”

But Rolando Rios also noticed something else that had changed in Texas. Unlike the Mexican-Americans segregated in San Antonio’s Barrio fifteen years prior, Rios recalled that now “Hispanics were often scattered” throughout a jurisdiction, though their effective exclusion from the political process remained unchanged.

In Gingles, the Supreme Court had essentially written off remedy if a cohesive minority’s voting strength could not be corralled into a single-member district – they made proving that the first condition for plaintiffs even getting into court. The message seemed to be, “tough luck if you’re not residentially segregated!”

Rolando recalled that corporate law often required a specific voting mechanism to protect minority shareholder rights when electing the board of a publicly held corporation. Almost by definition, the recognition of different majority and minority interests (a typical example might be founders versus investors) would not be based on objective matters such as race or residential addresses, as in a political election, but rather, to shared interests as they defined them.

That mechanism is cumulative voting, and Rolando realized that it offered a ready-made alternative to the racially discriminatory dilution effects of at-large block voting.

Rolando also understood that for a “scattered” group of voters that is otherwise cohesive, this ready made alternative would be, in fact, both simple and fair: a given local jurisdiction would be able to maintain the larger multi-member district which it argued served some larger non-discriminatory policy goal, while agreeing to convert the discriminatory block voting system it used to a non-discriminatory variation.

Difference between Block and Cumulative Voting

In the existing block voting systems, each voter was allowed to cast, say, seven votes for up to seven different candidates, with no more than one vote for one candidate. Under cumulative voting, they could still cast seven votes, but now, they could allocate all seven of them among as many or as few candidates as they preferred, even up to “plumping” all seven votes on just one candidate; or giving, say, four votes to one candidate, and three to another. This protects a sufficiently large cohesive minority from being shut out. It also allows them to win a fair share of seats in relation to their voting power entirely independent of how an exclusionary racial majority bloc might vote for its own preferred candidates. 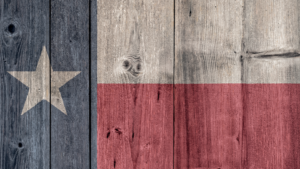 Proposing such a simple and fair resolution also meant that a Voting Rights case was more likely to be settled than to be dragged through a lengthy court process leading to verdict and eventual court-ordered remedy. “People get frustrated waiting,” Rolando observes.

But he emphasized that cumulative voting settlements did not mean his clients would be settling for half a loaf; using Amarillo, a later case, as an example, Rolando told us that that city “was difficult to district,” and that he thought cumulative voting, as an alternative, would actually work better” promoting the right of minority voters to elect candidates of their choice. To this day, the comprehensive list of his firm’s Voting Rights litigation proudly notes that the Amarillo Independent School District case is the “largest jurisdiction in the Country with [a] Cumulative voting system.”

Electoral Reform Takes Courage and a Commitment to Communities

Rolando acknowledges that he was not 100% confident about this approach at the outset, especially as some “hard core voting rights associates” were telling him he was making a mistake. Not only did he fully come around as the settlements grew and results rolled in (“by and large, this has worked well”), so too did those skeptics.

Voting rights advocates were not alone in taking note. Rolando explained that while Texas’ vast network of local school boards were independent, they were linked administratively, with a few big law firms each representing hundreds of them. “After a while, the law firms would call us up and say, ‘it’s not good that these school boards are unrepresentative. Let’s do this cumulative voting thing.’”

Which they did, over and over, throughout Texas. Simple. And fair.

The Limited of Cumulative Voting

Rolando is aware that compared to other alternatives that are currently being discussed and implemented in some U.S. voting rights cases, such as the single transferable vote form of proportional representation, cumulative voting does require a level of strategic considerations to be effective (making it “semi-proportional” in the view of most political scientists).

That’s why, he says, it was important that LULAC – League of United Latin American Citizens, his partner in so much of this work – provided voter training and education about cumulative voting prior to implementation in these communities.

Language Minorities and the VRA

Beginning as a newly minted lawyer passionate in his belief that all citizens should have voice in elected government, Rolando Rios has always used the tools available to him to make a difference. In the mid-1970s, he felt positive about the direction things were moving in: “Language minorities were brought under the Voting Rights Act; blacks had had some bumps in their road, but they were being worked out, mostly satisfactorily, in the courts. Jimmy Carter was elected in 1976, and if anything, he instituted helpful changes. Things looked good.”

Like so many, Rolando had initially seen no reason to question the role of winner-take-all single-member districts as the default remedy in minority vote dilution cases. Large Texas cities such as San Antonio, Houston, Dallas, and Ft. Worth had been sued over their at-large city councils, and findings that they must use single districts with specifically drawn majority-minority districts instead had been continually upheld by the 5th Circuit on appeal.

He doubts that he would have gone looking for an alternative if the combination of circumstances hadn’t forced him to, referring to both the right-wing turn in the courts, and his recognition that changing residential patterns in Texas threatened to deprive minority communities of any voting rights justice at all.

A Path to Enfranchisement

Borrowing a tidbit about corporate governance from law school days, Rolando Rios developed a different way to enfranchise Hispanic voters in Texas eager to have a voice in local school board governance. When he separated out the discriminatory method of voting used (block voting) from the district the local jurisdictions favored (a multi-member district), the resolution allowing a different way to cast the same number of votes in that same district was right there for the taking. Rolando Rios, LULAC, and the affected communities they advocated for, did take it. Simple. And fair.

Rolando Rios is featured in the docu-series “Latino Americans”, a landmark series for PBS that chronicles the history of latinos in the United States. As the former General Counsel for the Southwest Voter Registration and Education Project, Mr. Rios has been involved in redistricting for more than 20 years. Watch the entire series on the Latino Americans website.

Rolando is also involved with census monitoring in the United States.